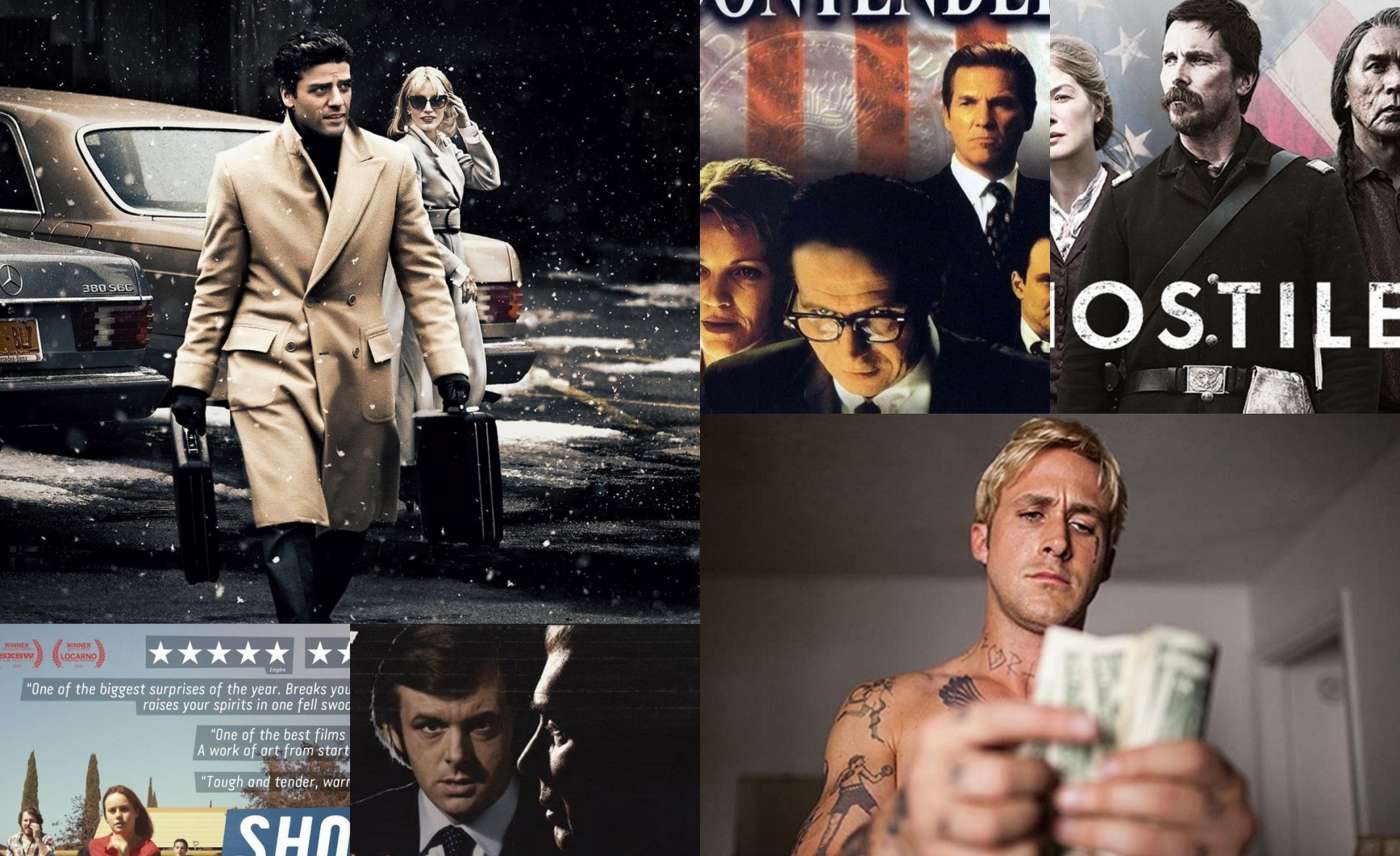 Mainstream cinema often gets the rap for not staying true to the stories being told on celluloid. The biggest problem with this statement is that people don’t take into account the sheer diversity that whole machinery of mainstream films is about.

So, while there are well-made films like Avengers that are aimed at taking the audience to an adventurous ride through a spectacle, there are masterpieces of the kind of Once Upon a Time In Hollywood that are very mainstream and very much operating on a non-linear plane.

Which takes me to the title of the article – cinematic gems from mainstream films that you have have missed. We can crib all we want to for not getting enough quality in films, the fact remains that quality doesn’t sell.

This is not a hate / lamenting post, though. I just want to bring your attention to some films – starring the biggest of names – that you should have watched a long time back, if you haven’t already.

One of the best boxing films of all time, Frost/Nixon triumphs on its own terms. Ron Howard has crafted the most underrated film of his career.

I started watching this movie at 2 in the night, with plans to just get a feel for about half an hour and then continue the next day at a more suitable time, if at all it is worth it. As it turned out, I couldn’t leave it midway.

Frost/Nixon is only based on an interview between David Frost and Richard Nixon, but you feel the punches and the thrills akin to the greatest films made on boxing.

Michael Sheen and Frank Langella have given their all, and so has Ron Howard in midst of the messy Dan Brown adaptations he has made over the years. Sir, please stick to telling the stories that you believe in. You have given your shot – thrice – to bringing his mind boggling and complex stories to screen. It is clearly not working. Please stick to being the genius-on-his-own-terms that you are.

Holy cow! This one should make it to the list of movies that penetrated the mind of the audience and made them go from one adjective to another at least 87 times before the credits rolled.

The Man From Earth is, in theory, a sci-fi film – I can’t disagree more. Directed by Richard Schenkman and written by Jerome Bixby, The Man From Earth is about a man who hasn’t aged a day in 14,000 years. If that sounds sci-fi to you, you should watch the film. You will totally buy into the story without feeling the urge to suspend disbelief. Let me reveal no more – except for the fact that the entire movie is shot in one room.

How’s that for a sci-fi!

Do not, and I repeat, do friggin not, call yourself a Christian Bale fan if you haven’t already – or not heading to right away – watched Hostiles and Out Of The Furnace. Unarguably, two of the finest performances of Bale have come in the films that showed us the raw Christian Bale – and both were directed by Scott Cooper.

Hostiles is easily among the finest Westerns made in the last 50 years or beyond. The simplicity, honestly, and intensity that runs deep through the veins and bare bones of Hostiles is something to marvel at.

Just watch the trailer and it will suck you right in.

Brie Larson may have hogged the limelight in the past couple of years with her Best Actor Oscar for Room and the superhero turn in Captain Marvel, but she was a solid performer since the beginning, and Short Term 12 is a great testament to her talent.

Talking about the movie, it is very fine and nuanced mixture of melancholy and uplifting narrative that tugs at your heart strings right from the first few scenes.

Criminally ignored at the Oscars, this little gem by Destin Daniel Cretton doesn’t seem to be making much noise on OTT platforms, unlike some low-budget sci-fi that have suddenly found a huge audience on Netflix, Amazon Prime, and the likes.

It’s not everyday that an actor manages to convincingly get into the skin of his character. In Nightcrawler, Jake Gyllenhaal manages to do just that, and quite literally.

Dan Gilroy, the first-time director, is ably supported by cinematographer Robert Elswit as he brings to screen a film with edge-of-the-seat tension and urgency in its narrative, even though the story only revolves around a journalist wanting to make it big in the bad world of Los Angeles crime.

Nightcrawler is filled with social and moral texture, but without resorting to preachy-ness in any part.

Jack and Rose came out alive from Titanic and got married. It all went downhill from there.

Revolutionary Road is perhaps the saddest marriage film of all time – and I am saying it in a good way. It is one of those films where everything is just perfect – the story, the direction by Sam Mendes, the performances by Leonardo DiCaprio and Kate Winslet, and Michael Shannon.

When I watched Marriage Story starring Adam Driver and Scarlett Johansson in 2019 and observed the Oscar hype it got, it reminded me of how criminally ignored Revolutionary Road turned out to be in the award circles. Not only did it deserved nominations in at least 7 different categories, but this is the role that Kate Winslet should have won her Oscar for, instead of for The Reader.

This collaboration of Tim Burton and Johnny Depp is my favorite film of the genius duo. Sweeney Todd is am amazing retelling of the old tale that is buoyed by Burton’s deftly crazy storytelling and Depp’s flawless and hauntingly charismatic performance. But, this came out a long ago.

Directed by Derek Cianfrance, The Place Beyond the Pines feels like an elegy for children of men who committed sins in the garb of doing what was best for the family.

Bradley Cooper, Eva Mendes, and Ryan Gosling bring their A game to a film that is, in its bare bones, divided into 3 chapters – the last one feels like a drag, though.

For some unfathomable reason, The Place Beyond the Pines hasn’t found its true place in the circle of even the cinephiles who appreciate a great movie when they watch one.

Michael Shannon is an actor on mission. If you have been following the choices he has made in his illustrious career, you can easily surmise that he cares less about he cash profits and more about the content.

In Take Shelter, Michael Shannon teams up with Jessica Chastain – another actor incapable of playing a bad note.

This one is probably the least known film on the list. The Contender boasts a stellar cast of Joan Allen, Gary Oldman, and Jeff Bridges. Rod Lurie makes sure each of these geniuses is made to bring out their best in a film way ahead of its times.

There is so much to learn from Joan Allen’s character, Laine Hanson – not just if you are a woman but as a man too. The sheer resolve to stick to your principals in the face of all the ridicule and the career-threatening controversy that would all go away if you only speak up is inspiring and uplifting.

The core message may seem a little on the nose in 2020, but in the times the film was made, I’d say it must have inspired the revolution in more ways than one.

I have never been a fan of movies shot from the vantage point of a handheld camera, but Josh Trank’s Chronicle is a delightful exception.

Written by Max Landis for story and screenplay, Chronicle remains as perhaps the most grounded superhero film of all time – a very important character study that will also remind you of Joker (2019).

The performances by Dane DeHaan, Alex Russell, and Michael B. Jordan are on point, as they come across as boys we have grown up as or around – only with special powers acquired accidentally. One of the reasons, apart from it being a low-key budget film, that Chronicle flew under the radar of moviegoers is the fact that it came out in the same year as The Dark Knight Rises and The Avengers.

However, the action pieces and special effects look so real yet raw that you can’t help smile. There is definitely a scope-ish for a sequel, but I don’t think that’s ever gonna happen.

A lost gem, Gosford Park is not the last hurrah of Robert Altman but certainly is last finest work.

The movie takes some time and patience getting used to. On the surface, it is a murder mystery. At its core, it is a manifestation of the division between the rich and the poor through a seemingly simple house party.

All is going well in that beautiful, full of the old-world charm house until that murder happens. Even from thereon, the narrative doesn’t fully swing towards the whodunit tropes. There is enough inventiveness and snappy dialogues between what feel like very real people.

And yes, you do see Clive Owens there.

The first film that brought Christian Bale and Scott Cooper together, Out Of The Furnace feels like a punch to the guts at so many moments.

It is a tale of brave men who are perpetually in a state of combat – with the horrors of their past and present. Christian Bale delivers what I consider is among the top 4 performances of his career – the other 3 being Hostiles, Ford vs Ferrari and The Fighter.

It really boggles my mind that despite the combination of such a well-crafted story and huge stars headlining it, the film seems to have flown past just about everyone’s radar without making its presence felt.

Oscar Isaac and Jessica Chastain sometimes seem like two actors who are incapable of picking a wrong project to act in. A Most Violent Year brings them together and the results are fantastic. We have read books and seen movies on international oil wars, but J.C. Chandor takes you through a tale of oil businesses within a city trying to eat each other up.

To put it i oversimplified words, A Most Violent Year is a slow-burn of a thriller that keeps you on the edge for most of its run-time and then semi-explodes in the climax to a very satisfying conclusion.

Which one (or all) are you going for?

If you haven’t watched these gems, rest assured you won’t regret giving them a chance.

Share this:
Tags: mainstream great movies you may have ignored, underrated movies in Hollywood